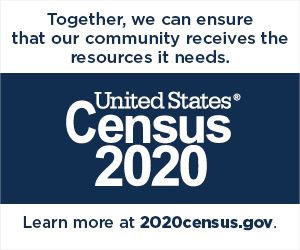 “Today we’re going to talk about not just the present, which we spend a lot of time talking about, but we’re going to start talking about the future. Last week when we were able to talk about AgriTech, an exciting area that we are going to lead in in the future, I think it was something people need to see, that we are not going to be battling this virus forever,” the Governor said. “There is a tomorrow, we are planning for the tomorrow and we have an opportunity in creating that tomorrow to change our economy, to make Kentucky a leader, to focus on areas that are going to lead for the next 30 years and give us a brighter future with better jobs.”

Gov. Beshear and administration officials also spoke about the challenges posed by surging coronavirus cases in some other states and the latest state budget projections. He also made a major announcement that will significantly reduce the number unemployment insurance claims brought on by the pandemic.

“I want to start today with an economic development update because though COVID has slowed things, while it has taken a lot of attention and while it has caused significant unemployment, I am pleased to report that outside interest in this state is still very strong,” the Governor said. “While we haven’t talked about it a lot as we have been dealing with this current pandemic and emergency, we have been working behind the scenes at those next generation of jobs that have been coming to Kentucky.”

Since Dec. 10, Gov. Beshear and his administration have announced 135 new projects across the commonwealth. These projects are expected to secure nearly 4,700 new full-time jobs for Kentuckians and represent about $1.35 billion in new investments.

Among the new projects is a $9 million hemp processing facility being created by Shyne Labs in Simpson County. Shyne Labs relocated from California and already employs about 20 Kentuckians. The new facility is expected to bring 60 more full-time jobs in the commonwealth as the company expands its CBD oil-extraction business.

“We know there is going to be a continuing market, though it looks like it is smaller than people thought it was three or four years ago, for CBD products. And we know how many hemp farmers are out there right now that need a hemp processor, need someone who can buy that crop and we want to make sure that we support Shyne Labs,” Gov. Beshear said.

Another major project is a $2 million plan by Richmond-based Truck Equipment & Body Co. of Kentucky Inc. to build out a facility in Powell County. The new facility is expected to create 43 full-time jobs.

Case Information
As of 4 p.m. June 30, Gov. Beshear said there were at least 15,624 coronavirus cases in Kentucky, 282 of which were newly reported Tuesday.

“While we are not seeing the type of very concerning spike like in so many other states, we are seeing ourselves continuing to be in that plateau area between about 150 and 300 cases,” the Governor said. “It’s something we’ve got to watch carefully.”

“Again, let’s not forget that this virus is deadly, it preys on those that have preexisting conditions, and while we have lost some people in their 30s, just because the majority may be older, it doesn’t mean that the person who spread it to them isn’t younger,” the Governor said. “Let’s remember, it’s not just those who have died, but those who get the virus that can spread it to those who die. We are in this together. We’ve all got to take responsibility for our own actions and we have to make sure that we’re never the cause of spreading this to someone whose body ultimately cannot take it.”

As of Tuesday, there have been at least 404,781 coronavirus tests performed in Kentucky. At least 3,990 Kentuckians have recovered from the virus.

For additional information, including up-to-date lists of positive cases and deaths, as well as breakdowns of coronavirus infections by county, race and ethnicity, click here.

Trends and Outlook
Dr. Steven Stack, commissioner for the Department for Public Health, spoke Tuesday about where Kentucky and the rest of the U.S. stand after months of efforts to limit the spread of the coronavirus.

“We have tried to be gradual and phased, so we didn’t get into trouble quickly and we could make adjustments if we needed to,” Dr. Stack said.

Early, decisive actions by Gov. Beshear and the compassion and sacrifices of all Kentuckians have led to declining case numbers and deaths, positioning the commonwealth to safely restart the economy here. As of Monday, all businesses in Kentucky are able to operate in some capacity.

“Ladies and gentleman, we have undeniably blunted the curve in the state of Kentucky,” Dr. Stack said. “Over the last 120 days or so, since we started this on March 6, we have undeniably kept that curve flat. This is a success in the middle of a very, very difficult situation.”

In contrast, Dr. Stack spoke about surging cases in the South and Southwest that followed an easing of restrictions. Coronavirus cases in Arizona, South Carolina and Florida have spiked sharply in recent days, leading officials in those states to pull back on reopening economic activities amid renewed fears of hospital capacity shortages.

Dr. Stack emphasized Team Kentucky’s mantra for a safe reopening: hands, face, space and testing. Frequent hand washing and sanitization, along with wearing cloth masks and maintaining six feet of distance from others are the frontline measures everyone can take to slow COVID-19. In addition, Kentuckians can fight the deadly pandemic by taking advantage of testing opportunities and cooperating with contact tracers if they call.

“So we talk about hands, face, space and, of course, we’ve added testing now. So please, you’ve got to keep your hands clean with soap and water or hand sanitizer. You have to use a mask. This is really simple. Please, please do it because I think folks don’t realize this is like a boomerang and it will come around.”

“Because we will not have another one of these briefings unless something comes up before the Fourth of July, we need you to be safe. Safe not just for you, but your actions create safety for the people around you and that you may interact with 10 days after the Fourth of July,” the Governor said. “Remember, so many people can be asymptomatic. If you put yourself in a dangerous place, you get the virus, you could feel fine. It can be five, seven, 10 days after and you can spread it to someone who won’t be fine. So, ‘hands, face, space’ over the Fourth of July. Overall we did pretty good job over Memorial Day weekend. Let’s make sure we continue to protect one another.”

Benefits Extension
Eric Friedlander, secretary of the Kentucky Cabinet for Health and Family Services, provided information Tuesday about an extension of benefits aimed at keeping children healthy and properly fed.

The deadline to apply for Pandemic-Electronic Benefits Transfer (P-EBT) has been extended until the end of August. P-EBT provides equivalent funding for meals that students would have been provided in school this spring without the closures due to COVID-19. If people have questions about how to access these benefits, go to chfs.ky.gov and search for “PEBT,” email This email address is being protected from spambots. You need JavaScript enabled to view it. or call 855-306-8959.

“After years of cuts, we were left with a starved Office of Unemployment Insurance and an antiquated system that was not up to the task that COVID-19 dealt,” Gov. Beshear said. “Our Kentucky families cannot wait any longer – and this is the most affordable, quickest and efficient way to resolve remaining claims. We expect to have 200 E&Y staffers that will begin processing claims on Monday, with another 100 coming soon. Our goal is to process all unresolved claims between March 6 and May 31 in July.”

About 56,000 initial claims from March, April and May have not been processed.

These financial, geographic and staffing challenges have made it impossible for the office and system to react to the demands of 900,000 to 1 million claims filed because of the COVID-19 economic shutdown, but the Governor said he was determined to find a path forward.

Actions taken by the Governor to improve the system

“We must fix this right, right now,” the Governor said. “I am taking decisive action because we must get this matter resolved for our Kentucky families.”

The state’s deal with Ernst & Young begins July 1 and runs for four weeks. Its workers will help process claims both in person and over the phone. Officials estimate the contract staffers will be able to process at least 50,000 claims. Ernst & Young also will review the state unemployment insurances processes, data and technology architecture.

Budget Update
Today, Gov. Beshear provided updated information about the state’s budget outlook as the economy continues to feel the shocks sparked by efforts to slow the coronavirus. As he has noted repeatedly, the Governor said again that the worsening budget outlook is going to require hard choices.

“I’ve told you before that this virus is decimating every state budget across the country and that if we do not have additional stimulus from the federal government, another CARES Act, that we would be facing devastating cuts,” the Governor said. “I believe I told you before that I think that they would be the largest cuts that we’ve seen in our history.”

According to the most recent estimates, the 2021 budget is likely to face a shortfall of $1.1 billion. Gov. Beshear said that will require cuts of 16% to 29% across state departments.

“This would be like letting Kentucky go bankrupt, which we cannot allow to happen. So let’s continue to push our federal delegation, we’ve had good communication with them, and say that we can’t let this happen in Kentucky because this hurts education, it hurts social services, it’s going to hurt our ability to provide UI, unemployment claims. It’s going to hurt every single thing we do and further starve the systems that people are relying on.”

More Information
Read about other key updates, actions and information from Gov. Beshear and his administration at governor.ky.gov, kycovid19.ky.gov and the Governor’s official social media accounts Facebook, Twitter and YouTube.